Rahman “Ray” Grayson, also known as Mr. Shut Up and Train, started personal training in 2004 in Atlanta, GA, serving the city’s growing athlete and entertainment community.  He employed his signature “in motion” style of training and his philosophy was simple: promote life-long healthy living.  Today, he has earned the business and respect of elite clients throughout the world.  The Mr. Shut Up and Train method is a modern, technology-savvy fitness program that can serve any person at any time anywhere in the world.

Ray has had the honor of working with world-renowned entertainers such as Mary J. Blige, Usher, Kelly Rowland, Jermaine Dupri, Lloyd, Monica, Boris Kodjoe, Wale, Alyson Hannibal, and Jessie Usher. With Atlanta’s thriving film and music industry, Ray has serviced the industry’s best while on location in the Atlanta area. He is a featured radio guest and wellness specialist for Radio One, Clear Channel, and Fit Radio and a regular guest on the Roland Martin Show.  He has filmed with Good Morning America and he was featured on The Rap Game with Jermaine Dupri.  Ray’s Mr. Shut Up and Train brand has been featured in US Weekly.  Ray has been named Buzzfeed’s“Top 20 Fitness Gurus on Social Media” and Bossip’s“Top 20 Health and Fitness Motivators on Social Media.”

Ray continues to work with top athletes from across the country. In the past two years, six of Ray’s clients have gone into the NBA, including two lottery picks. He works hand in hand with strength and conditioning coaches from both the NCAA and NBA to develop players during the off-season. He has worked extensively with professional athletes of all disciplines including Jaylen Brown, Malik Beasley, Mike Scott, Michael Beasley, Kobi Simmons, Dwayne Bacon, Jarrett Jack, Joe Johnson, Derrick Favors, Shannon Brown, and former New York Giant and Super Bowl champ James Butler.  Ray was a featured trainer at Adidas Nation Elite Basketball Camp and he is an ambassador for Nike, Adidas, and Lululemon Athletica.

Ray’s executive clients include C-level officers and vice presidents at SunTrust Bank, BBDO, Coca-Cola, T-Mobile, Cox Communications, Def Jam, and Revolt TV.  In 2017, Ray participated in a global trip with Coca-Cola’s Global Strategy and Marketing executives where he advised the leaders on fitness and wellness in varying cultures.  Ray was also part of the Atlanta Chamber of Commerce ten-person advisory panel that travelled to Silicon Valley to teach effective health and wellness strategy to leaders in the tech space. In print media, he is a contributing author in the best-selling self-help book, Gentle Woman.

In addition to giving back through the Total Fit Challenge, Mr. Shut Up and Train participates in a variety of health and wellness events. He partnered with Atlanta’s Mayor Kasim Reed and Dr. Ian Smith to launch and execute the City of Atlanta’s Healthier You initiative. At the 2014 Essence Festival, Ray co-hosted the Fitness Fashion Show with Cynthia Bailey on the Wal-Mart Main Stage. In 2016, Ray was one of eight trainers, including Angela Simmons and Massy Arias, selected to participate in the BET Experience.  Ray has trained over 100 bridal party members and attended over 50 weddings of happy clients.  And each year, he co-produces a breast cancer awareness fundraiser, a sneaker drive, and a turkey drive. 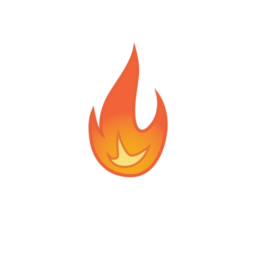 Made with ❤ by Jason McCrary